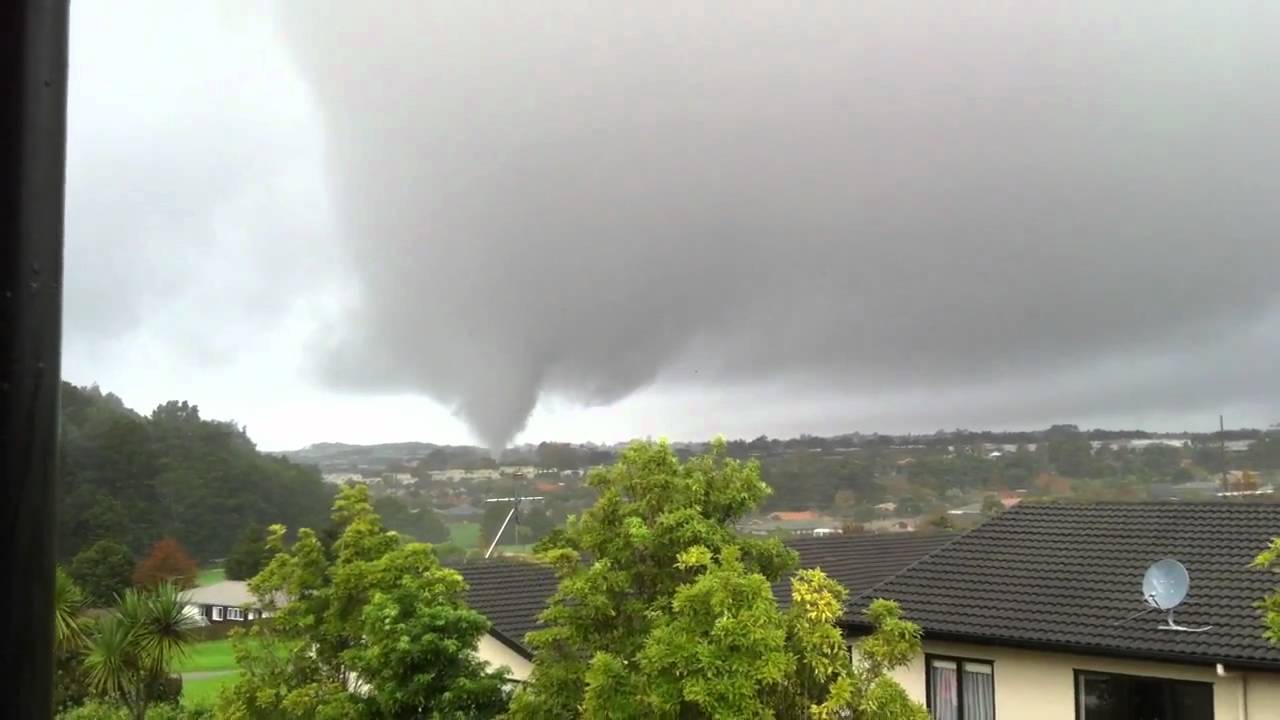 Normally I’ll only report on chases I have been on however this event was quite extreme so thought it was worthwhile including here, sadly this tornado was fatal and injured many others.

A low in the Tasman Sea directed a series of troughs over the North Island on this day, model data was suggesting at 3pm NZST for Auckland:

Li’s of -2.5
CAPE around 600
Winds speeds near the surface looked okish, directional wise shear wasn’t great. Upper level shear (wind speeds) were lacking a bit to. Model data suggested 19 knot NNE winds at 975mb getting up to 24 knot northerlies at 800mb, the wind tilting around to the NNW above 700mb and sticking to speeds of between 25 to 30 knots for the rest of the profile.

The tornado occurred at about 3pm when surface temperatures were 19 °C and dewpoints 18 °C, the cloud base was therefore quite low which is good when tornadoes are concerned. There was a weather balloon sounding around 11am at Whenuapai (Auckland). It showed:

Yes while this is unstable (not majorly unstable mind you), the shear profile on the sounding and in the model data didn’t scream tornadoes were going to happen by any means. A good indication of possible tornadoes is the SWEAT index, here’s some figures as follows:

We had a SWEAT figure of 216.6, going by the table above it doesn’t exactly make you think tornadoes are possible. Still, there is one more contributing factor to this tornado that tipped the balance it seems which would’ve been the local geography in the area with the winds getting twisted around much like water when it flows around a boulder in a river, it forms an eddy on the other side. This seems to be a major factor to the way some tornadoes form in New Zealand.

Metservice have a write up here which has a more indepth look at what happened on this day.

I’m not a big expert on tornadoes by any means but understand some basics, so if anyone would like to make a more informed comment please get in touch, I can send you alot of model data I saved at the time.